Probiotics, hemp, upcycling – we’re witnessing a food tech boom. Developing a useful and profitable technology is the foundation for the future of food. But any new technology needs consumer buy-in to become widespread and viable. Effective and transparent communication can help people feel more comfortable with new […]

Consumer support for GMOs increased in Vermont after GMO labels appeared A recent study in Science Advances out of the University of Vermon and Purdue University demonstrated that the when GMO labeling appeared in Vermont it actually increased support of genetically engineered food. Many scientists and experts opposed […] 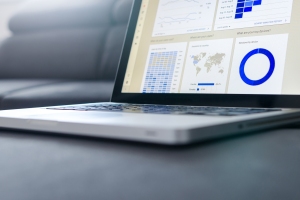 Communicating data is difficult. Data can complicated and hard to visualize. The way the human brain visualizes images can be used to organize data so it is easy to understand. These simple tips can help you effectively communicate your data to as many people as possible. Color matters. […]

Eighteen respected scientists and researchers. Twenty-eight reviewers. Thirty pages of comments and reviews. The recently released genetically engineered crops study by the National Academies of Sciences (NAS) is a true consensus on GMOs. It aims to convey the complexity of genetically modified organisms. For communicators, genetically modified crops […]